We have access to a huge range of helicopters and operators, meaning we can always source the right aircraft for each individual job; while our expert team is always on call to help with any queries or last-minute requests.

CASE STUDY: ENDING ON A HIGH

A tour group of 16 were travelling through Switzerland and wanted to make some last minute changes to their travel plans to see if they could fit in some skiing. The travel agent found that Zermatt would be the best option, and got in touch with us to help get them from Vevey to Zermatt and make their dream a reality.

With no direct flights available via scheduled services and with the train services taking far too long, our local office in Geneva needed to find an option that met the strict budget. After contacting all the operators in the region we found there were no helicopters large enough to seat all of the touring party available. However, we were able to source either two large helicopters, or three smaller ones within budget. The client chose the most cost effective solution of three helicopters and then asked us to ensure the group still felt like they were travelling together. Once told, the tour group were eagerly awaiting their mode of transportation so we organised for the three helicopters to arrive in convoy across the beautiful waters of Lake Geneva to ensure the group could get some great photographs. Once on board, the passengers could take full advantage of the panoramic windows and take in the breath-taking views of the Swiss lakes, mountains and landscape below, especially as Zermatt is set at the foot of the famous Matterhorn Mountain. The trip took only 35 minutes as opposed to the three hours it would have taken on the train ensuring their time was well spent enjoying the slopes.

FLIGHT REPRESENTATION: At all times, we had an experienced charter expert on the ground and at the landing zone where they were on hand to greet the group and ensure they were in the best position for the arrival of the aircraft.

THE FINISHING TOUCHES: To add the finishing touch, our charter expert provided the touring group with local maps to help them pick out the best sights on their journey. 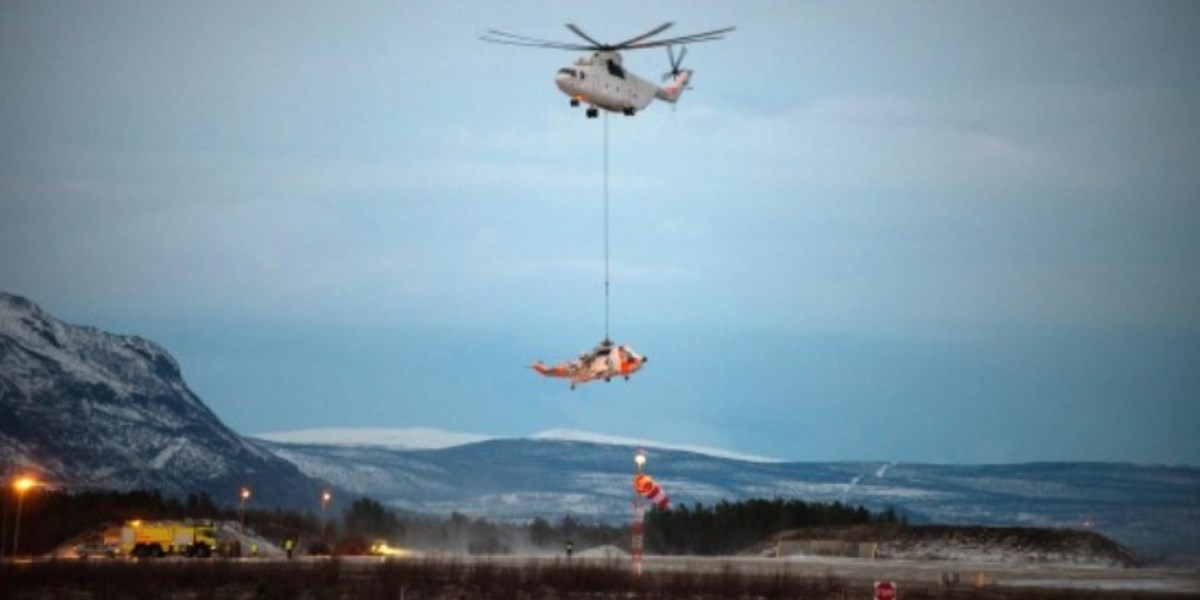 In late 2012 Air Charter Service was called upon to retrieve a Sea King helicopter that was left stranded on top of a mountain in the Arctic Circle, after a heavy landing damaged the undercarriage, meaning that it was not safe for it to fly back to its base.

Justin Lancaster, Group Cargo Director, explains: “We received a call saying that the helicopter was on a training exercise and had experienced a rough landing. The nearest road was more than 4 miles away and the only way to retrieve it was to airlift it out. The Sea King weighs around 6.5 tonnes, so we quickly decided that the best solution was a larger helicopter. We sourced the nearest Mil 26, which happened to be in Arkhangelsk in Russia, and positioned it into the nearby base. Mil 26s are the world’s largest and most powerful series-produced helicopter and are capable of lifting more than 20 tonnes.”

At the base meticulous planning went into the rescue operation. The Sea King was on a plateau at the top of a mountain and a small crew went up to the helicopter, via snowmobiles, to check whether it was safe for the Mil 26 to land next to it, or whether it would have to hover above it whilst the Sea King was strapped down.

“As can be seen from the photos, it was a tricky load, but the careful planning that we put in really paid off and resulted in a very smooth operation that only lasted one hour in total”, commented Lancaster.